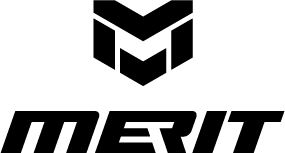 The bike is a great means of transport and relaxation, a sports tool and a work of art. It is a way for us to connect to mother nature. In these contraptions from two centuries ago, there’s something for everybody. Some just cycle to the pub, some can’t seem to satiate their loved bike, driving it through day and night barely sleeping, so as to not miss anything. For me, a bike is everything I mentioned and more and I hope to still be able to use it for many more decades.

Over twenty years ago, as a teenager, my first bikepacking experience was forced on me when I, together with my father, took up the 100 kilometer Šumava track with fervor that is signature to me since. A year later, I received a clear-cut nomination in the form of the legendary King of Šumava. I was by far the youngest, but far from the last, who reached the finish line at the square in Klatovy. I began finding out even then that I’m best suited for long tracks, not sprints, as I felt I was getting into my top form only after two or three hours on the move. Over ten long years and not faithful to the right sport (read cycling), I was able to qualify for stage races, be it Czech races, or races held in different parts of the globe. Here, my peculiar physiognomy was proven once more, as with the race drawing towards the conclusion, my fatigue gradually disappeared and my performance got better and better. I was looking at competition a bit differently – I mainly cared about the road, view, and movement. My desire for an ultra-nonstop-no-support type of event (somebody should finally square away the naming process) kept growing all the while I was still deep in the stage race craziness. Connection to nature, in the form of little pains, such as thirst, cold, or fear, usually emerges dozens of hours later and then freely transitions, as a necessity, into a state most Czech bikepackers know as exhaustion euphoria. This wouldn’t happen to you at a short event, so I decided to take part in longer events, both here in the Czech Republic and abroad. Your first such odyssey is an unforgettable experience for your body and mind. Energy, which was seemingly spent, surprisingly returns to the body amplified even long after the race is over.

Be it on a road, pavement, trail, or path, this human-power operated machine is a favorite. Perhaps it is due to its diversity in use, or its universal suitability; in any case, it is worth asking whether a bike’s wheel isn’t, after all, a solution to many of the world’s problems? WOLFman could be a major contributor in understanding and solving this question, so let’s get on the way!

Time limit for finishing the race